Home ▸ WHO WE ARE ▸ BOARD OF DIRECTORS 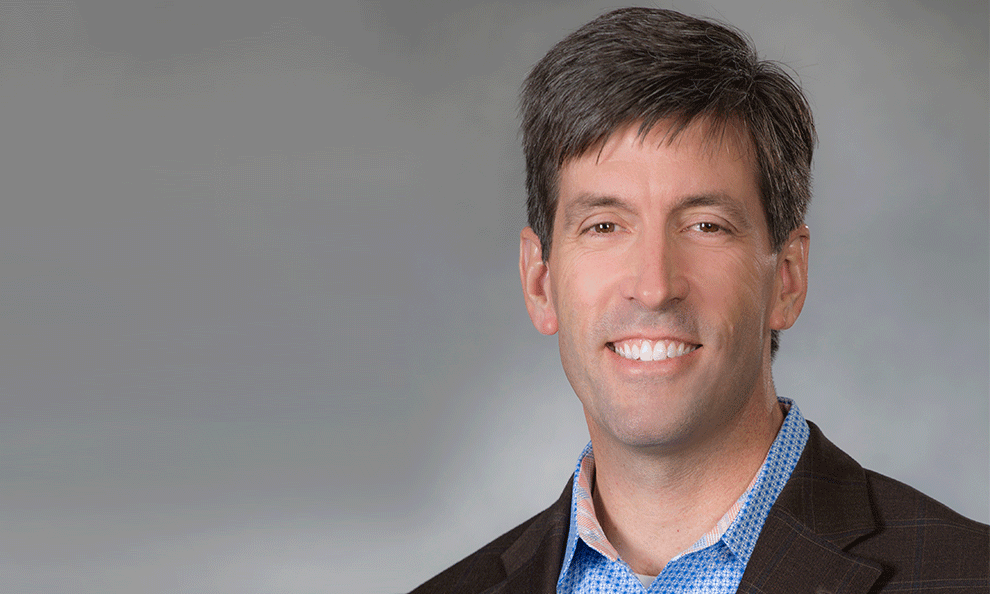 Phil Lakin, Jr. is CEO of the Tulsa Community Foundation (TCF), which he has led since July 1999. He is the only individual to serve as the chief executive of TCF. Mr. Lakin sets the strategic vision for TCF and supervises both long-term and daily goals and initiatives.

Mr. Lakin is passionate about his work with donors, community leaders and elected officials to improve the Tulsa area. He serves as a director of GKFF, Tulsa Beautification Foundation and Tulsa Educare. He also serves on the boards of the Tulsa Area United Way, Tulsa Community College Foundation, Association of Fundraising Professionals (Tulsa chapter) and Tulsa Zoo Management Inc. He is a graduate of Leadership Tulsa (class 27).

Mr. Lakin is a native Tulsan and graduate of Jenks High School. He earned his bachelor’s degree in economics and finance and his Master of Business Administration from Baylor University. Before joining TCF, he worked for Baylor University’s Office of Development managing development efforts for northeastern Texas and six additional states. 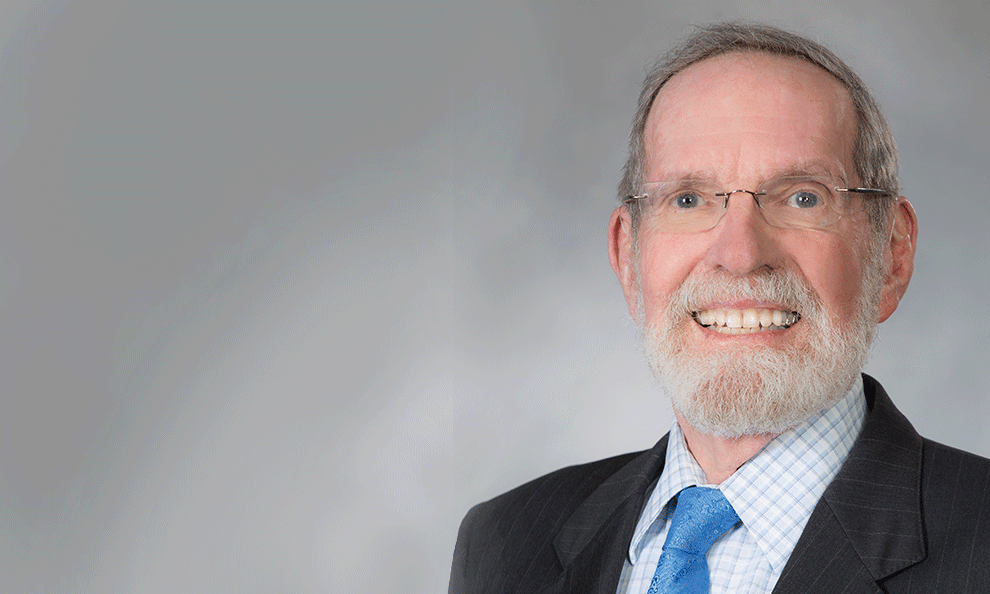 Fred Dorwart has practiced law since 1966 and has experience in both litigation and transactional law, principally oil and gas, securities and banking law. He currently focuses his practice on structuring commercial transactions, advising clients on the legal aspects of business matters and coordinating teams of attorneys handling complex litigation.

Before forming Frederic Dorwart, Lawyers in 1994, he was the managing partner of Holliman, Langholz, Runnels & Dorwart. From 1969 to 1989, he was a stockholder, director and officer of various manufacturing concerns. He was co-founder of the International Society of the Energy Advocates and a principal draftsman of the 1995 Oklahoma Tort Reform Act. 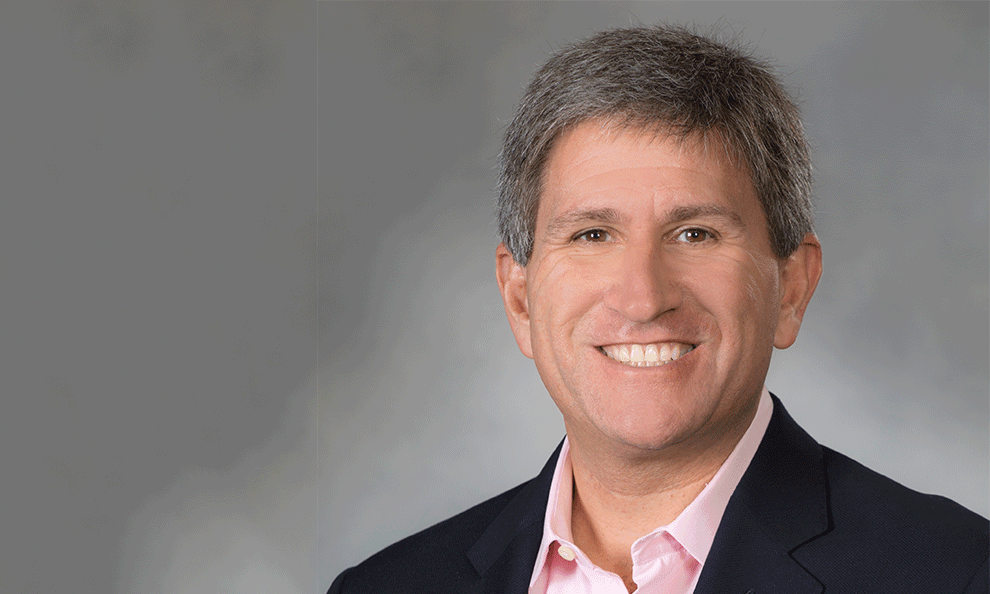 Chester (Chet) Cadieux III, a native of Tulsa, Oklahoma, is the chairman, president and CEO of QuikTrip Corporation, a regional gasoline/convenience store operation based in Tulsa and founded in 1958 by Mr. Cadieux’s father, Chester Cadieux II.

In addition to serving as chairman of QuikTrip Corporation’s board, Mr. Cadieux has also served as chairman of the Tulsa River Parks Authority board, chairman of The Tulsa Metro Chamber of Commerce, and chairman of the board for Tulsa Area United Way. He is a director on the following boards: Sheetz Inc., Altoona, Pennsylvania; Bank of Oklahoma NA, Tulsa, OK; Tulsa’s Future Oversight Committee; University of Tulsa; and The Committee of One Hundred, Tulsa, OK. In addition, Mr. Cadieux has served as a board member of the National Association of Convenience Stores (NACS).

Mr. Cadieux graduated with a Bachelor of Science degree in business from the University of Tulsa in 1989. He began his full-time career with QuikTrip on the graveyard shift just after graduating. He is married with two children, and in his free time he enjoys auto racing, snow skiing and aviation. 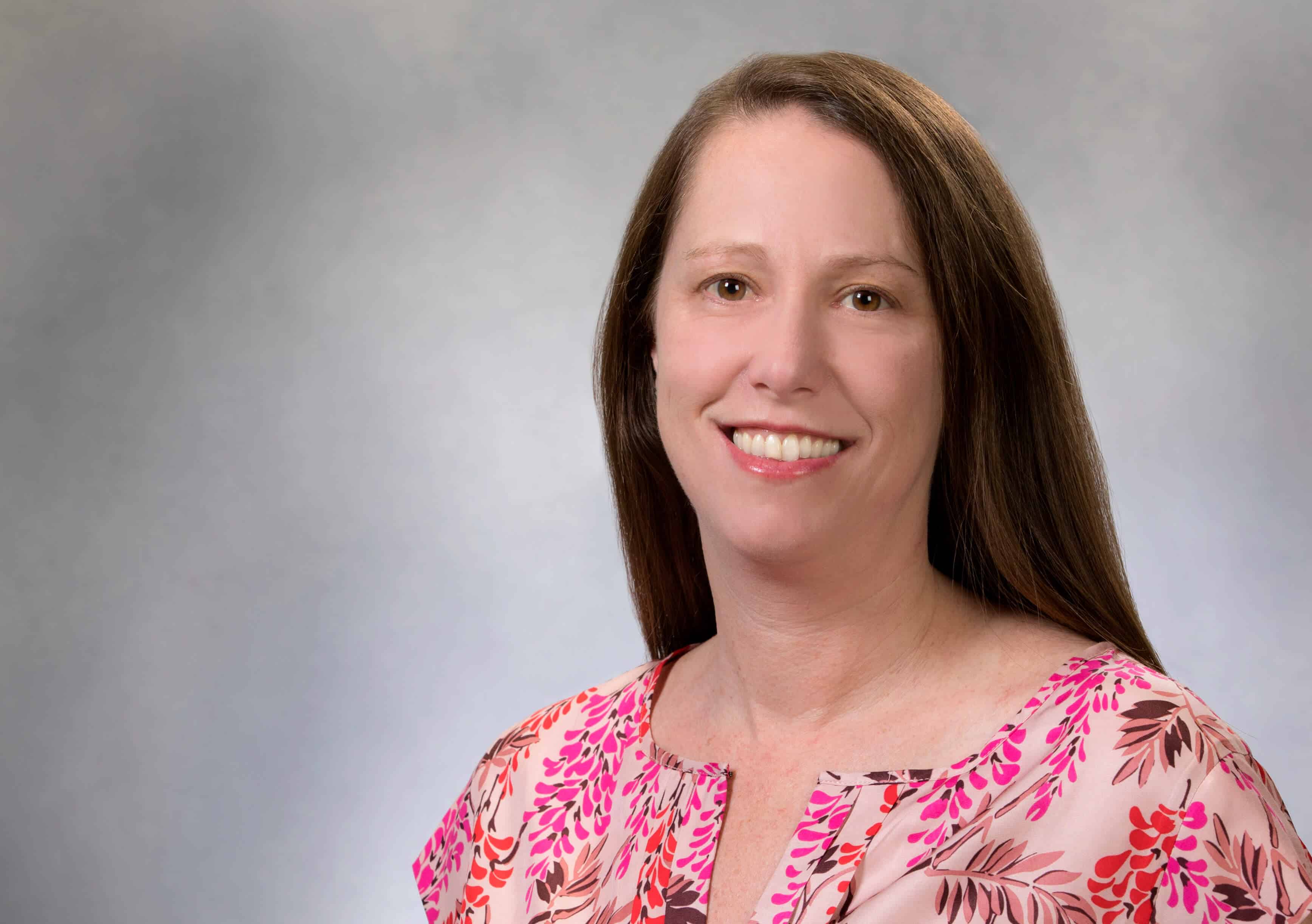 Emily Kaiser is a journalist and adviser to media companies with a focus on building diverse, inclusive newsrooms. She invests in media startups with a track record of showcasing underrepresented voices. Ms. Kaiser is chairman of Global Press Institute, which trains and employs women journalists in developing media markets to report from some of the least-covered places on earth. She serves as Associate Director for the New Voices fellowship at the Aspen Institute, which provides media and advocacy training to development experts from around the world.

Ms. Kaiser was formerly a journalist with Reuters. Over a 20-year career, she covered financial and commodity markets, corporations and economics, with postings in Chicago, Washington, London and Singapore. She was editor-in-charge of company news coverage across Asia, and has reported from more than two dozen countries.

Ms. Kaiser earned her Bachelor of Science in journalism from Northwestern University’s Medill School of Journalism, and studied Arabic at American University in Cairo. Originally from Tulsa, she currently lives in Washington, DC, with her husband, two sons and a rather spoiled beagle. 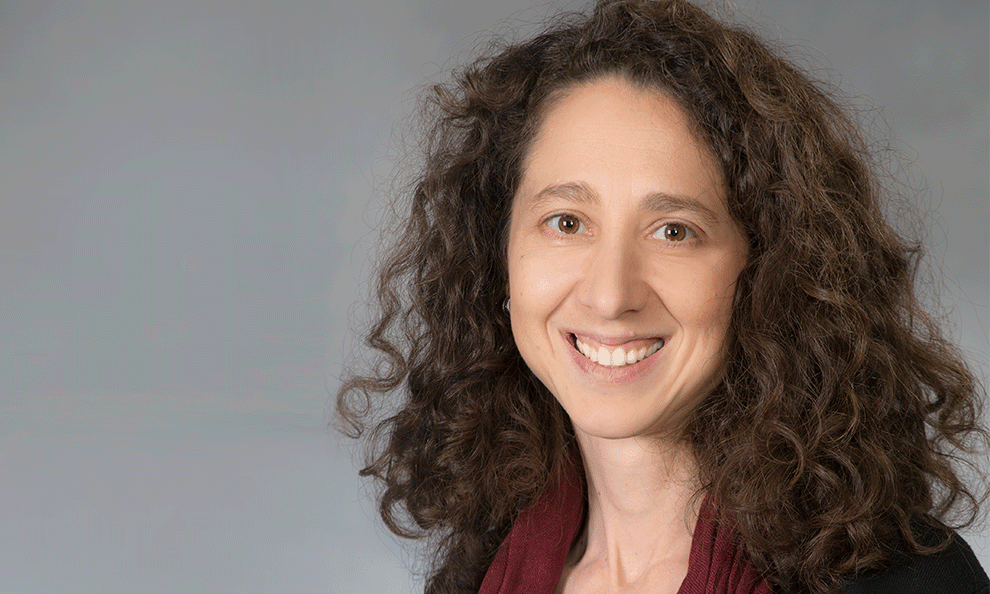 Originally from Tulsa, Oklahoma, Leah Kaiser is a longtime resident of Chicago, Illinois where she is a consultant in the nonprofit sector working primarily in the arts and culture field. She reviews grant requests for Chicago-based foundations, assessing program quality and management at applicant organizations representing a wide range of artistic disciplines and cultural backgrounds.

Ms. Kaiser has worked with a variety of nonprofit groups in the arts, social service and education fields to research and strategize fundraising opportunities, write grant proposals, reports and capital campaign case statements, and evaluate overall operations. From 1992 to 1997, she served on the development staff at Hubbard Street Dance Chicago where, as part of a four-person team, she helped conduct a $6 million campaign for a permanent facility, repertoire expansion and an endowment.

Ms. Kaiser currently serves on the board of DanceWorks Chicago, an organization that provides artistic development opportunities and mentorship to early-career professional dancers and choreographers. She received her Bachelor of Arts in English from Harvard University. 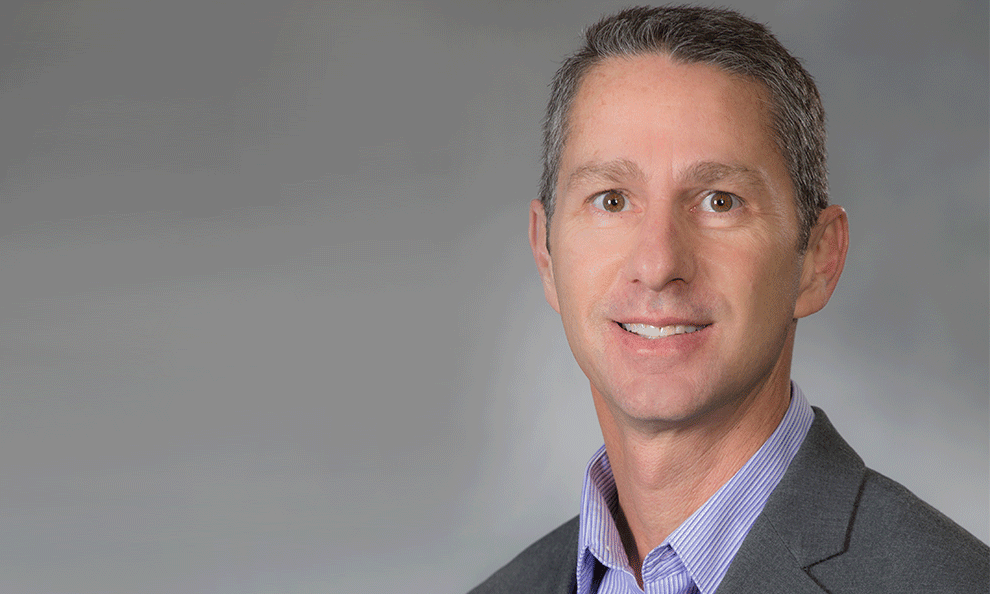 Philip Kaiser co-founded and runs two restaurants and a nonprofit music festival. After returning with his family to Tulsa from Israel in 2002, he and his wife Miranda opened Cosmo Café in 2004 and Laffa – Medi-Eastern Restaurant and Bar in 2013. The same year, Mr. Kaiser co-organized the nonprofit Center of the Universe Festival. Prior to his return to the United States, Mr. Kaiser and his wife founded Strudel Internet Bar in Jerusalem’s Russian Compound in 1996, which they ran for six years before selling the business.

In addition to serving GKFF, Mr. Kaiser serves on the board of TulsaNow, on the national council of The American Israel Public Affairs Committee and as international vice president of Tikvot, an Israeli nonprofit that provides rehabilitation through sports for victims of terror and wounded Israel Defense Forces soldiers. Previous board positions include Undercroft Montessori School and Jewish Federation of Tulsa. He is also a member of Leadership Tulsa and Leadership Oklahoma.

Mr. Kaiser joined the Israel Defense Force as a paratrooper in 1987. Following his release from the army, he completed a Bachelor of Arts in political science and multidisciplinary studies at Hebrew University in Jerusalem. 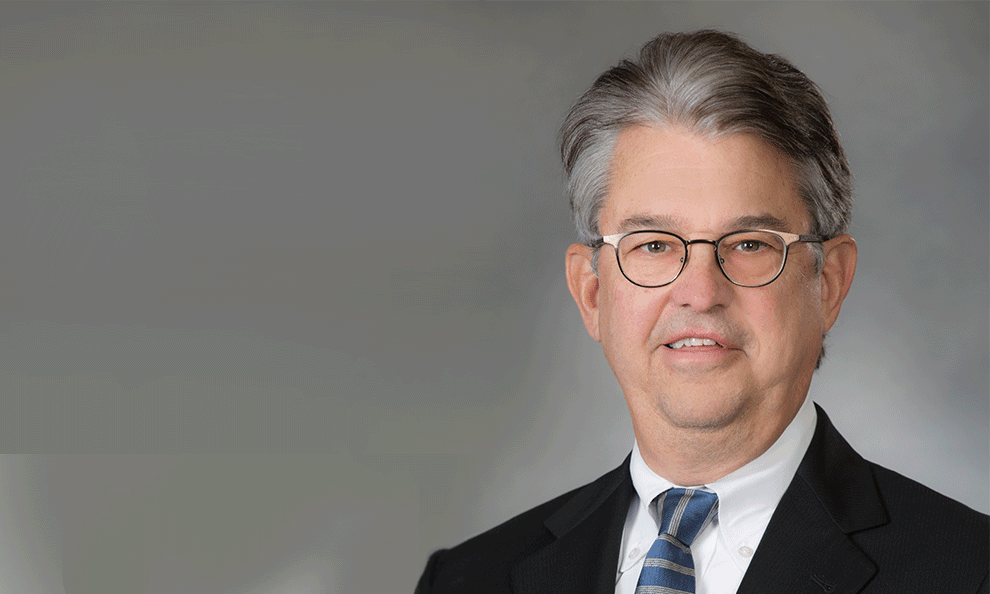 Phil Frohlich is the founder of Prescott Group Capital Management LLC and has served as the managing partner of this investment company for high net worth investors since 1993. He was formerly president of Tulsa-based Siegfried Companies Inc. and a tax principal with what is now the international accounting firm Ernst & Young.

Mr. Frohlich currently serves as board chair for Tulsa’s Gathering Place LLC and a board member for Tulsa Educare and the Tulsa River Parks Authority. In the past, he has served as an organizing trustee of the Tulsa Community Foundation and on numerous Tulsa-area civic boards.

Mr. Frohlich has been married to his wife Jana since 1987. They have one son, Michael. Mr. Frohlich is an avid sports fan and enjoys an occasional round of golf when time permits. 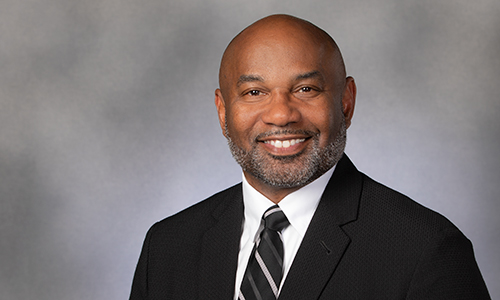 Rev. Owens is the Senior Pastor of the Metropolitan Baptist Church of Tulsa, OK. In addition to his parish work, Dr. Owens serves as the Affiliate Assistant Professor of Ethics and Black Church Studies at the Phillips Theological Seminary and has taught religious studies courses at Oklahoma State University-Tulsa and Texas Christian University.

Dr. Owens is deeply involved in diverse spaces within the Tulsa community. He serves on the Steering Committee of IMPACT-Tulsa and is a board member for Tulsa Educare. Additionally, Rev. Owens is the Founder and Chairman of the Board of the Met Cares Foundation, a non-profit that seeks to facilitate the development of high performing schools in the north Tulsa community. 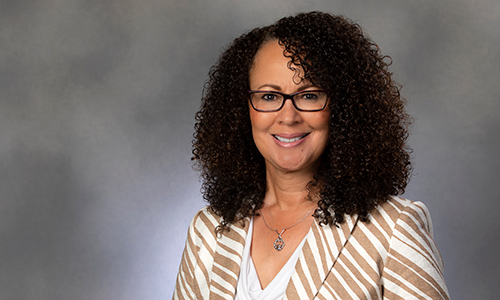 Rose Washington serves as the Chief Executive Officer of Tulsa Economic Development Corporation (TEDC) where she is responsible for developing, implementing, and overseeing strategies that support the organization’s role as a catalyst leader in local economic growth. TEDC reaches over 500 entrepreneurs and small businesses each year through workshops, development services and loans ranging from $500 to $10 million. Inclusive economic development is paramount in TEDC’s mission.

Ms. Washington has served on numerous boards, including the Board of Directors for 36 Degrees North, Greenwood Chamber of Commerce, i2E, John Hope Franklin Center for Reconciliation, and Leadership Oklahoma. She has also led both the Tulsa Regional Chamber Board of Directors and INCOG Comprehensive Economic Development Strategy Committee as Chair.

Prior to arriving in Oklahoma, Rose enjoyed a successful career in community and government relations with the University of Southern California, as well as several years in banking and higher education in Mississippi. She holds a BBA in finance and an MBA from Mississippi State University and Mississippi College, respectively. Rose’s crowning achievement is as mom to Mariah Rentie and Morris Rentie III. 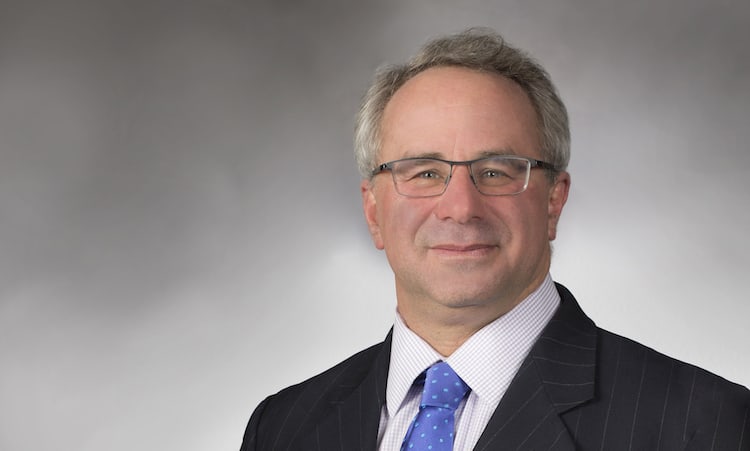 Ken Levit is executive director of GKFF. Learn more about Ken and the GKFF staff here.

About George B. Kaiser

"No child is responsible for the circumstances of his or her birth."